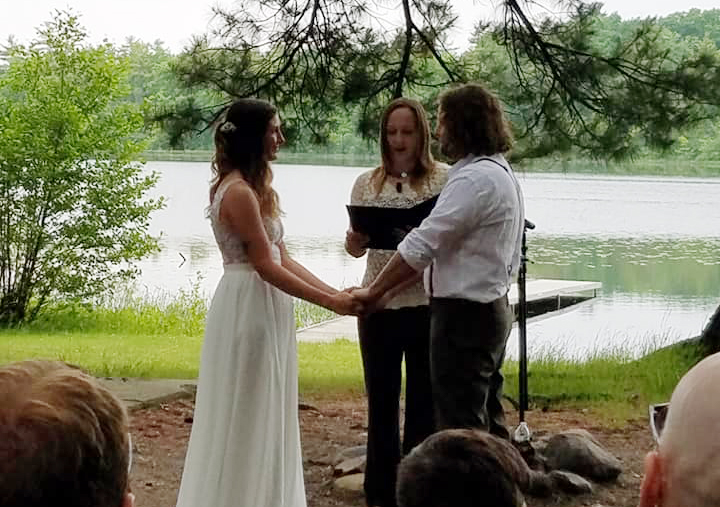 Secular celebrants are now permitted to officiate and solemnize marriages in Michigan, after the state attorney general reversed the government’s opposition to a lawsuit brought by the Center for Inquiry (CFI). Promising that the state considers CFI trained and certified Secular Celebrants to be covered by existing statutes regarding marriage solemnization, the presiding federal court brought the case to a close.

With the resolution of the lawsuit, Center for Inquiry Michigan will be hosting a special Online Secular Celebrant Training on June 27th, 2020 to allow CFI Members to take advantage of this new opportunity to train as CFI Secular Celebrants and be able to legally solemnize weddings.

In May of 2018, the Center for Inquiry challenged Michigan’s marriage laws for unconstitutionally granting exclusive authority to solemnize marriages to religious ministers, while denying that authority to Secular Celebrants trained and certified by CFI, which advances reason, science, and humanist values. But the new state administration that took office in 2019 interpreted the existing statues as expressly permitting CFI’s Secular Celebrants to perform marriages, leading the U.S. District Court for the Western District of Michigan to dismiss the case as a settled matter.

“What’s most important here is that Michigan couples with a secular worldview now have the same right as any religious couple: the right to have their weddings officiated and solemnized by someone who represents their deeply-held beliefs, and not feel they must settle for a government-appointed functionary or someone with a mail-order ordination” said Nick Little, CFI’s Vice President and Legal Counsel. “One quarter of Michigan’s population is religiously unaffiliated, and for their state government to finally acknowledge that they, too, deserve equal marriage rights is a genuine victory.”

The Center for Inquiry won a landmark victory in 2014 challenging a similar law in Indiana, followed by a victory in Illinois in 2017. CFI also laid the groundwork for Secular Celebrant legislation enacted in Oregon in 2018. In 2019, a federal judge in Texas ruled against CFI in a troubling decision, questioning secular Amercians’ ability to uphold the “solemnity” of a marriage ceremony. CFI has appealed that decision to the Fifth Circuit.

“We would have far preferred an affirmative decision from the court indicating that it was unconstitutional to deprive secular celebrants the right to solemnize marriages in Michigan as a future state administration could enter office and decide that secular couples are not guaranteed the same rights as those who are religious. However, we are excited that this administration has stood behind its secular citizens and ended this wrong-headed policy,” added Little. “We will continue to monitor this issue very closely, and if our community is diminished by state officials again, we will respond accordingly.”

RECEIVE EMAILS FROM US

Lecture and Q & A (Grand Rapids)

Skeptics In The Pub – ONLINE (Holland)

Skeptics In The Pub – ONLINE (Flint)